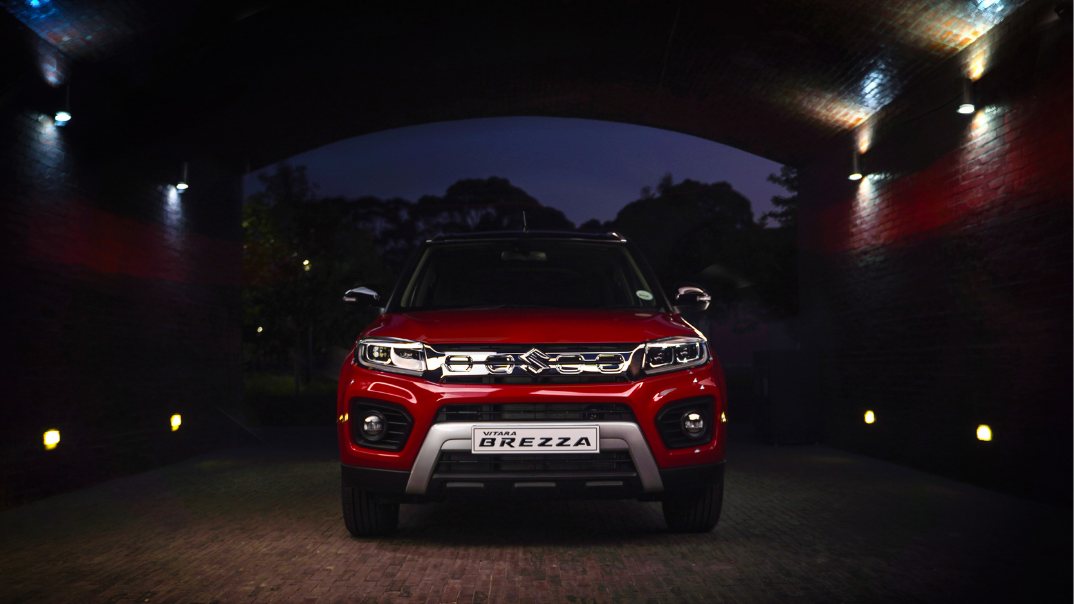 Suzuki Motor Corp is one of the world’s largest car manufacturers, producing more than 3-million vehicles each year for its global markets, while in South Africa it keeps racking up sales records and is the fastest-growing auto brand in the country and has been for the last three years.

Naamsa, the automotive business council, reported Suzuki sold a new all-time record of 2 397 vehicles in March 2021. In doing so, the Japanese vehicle manufacturer broke its month-old record by nearly 12%.

Naamsa, the automotive business council, reported Suzuki sold a new all-time record of 2 397 vehicles in March 2021. In doing so, the Japanese vehicle manufacturer broke its month-old record by nearly 12%.

More importantly, Suzuki’s network of 72 dealers set their own new retail record of 1 962 vehicles in March. One should keep in mind Suzuki broke through the 2 000-mark for the first time in October 2020, when its sales of 2 032 vehicles included retail (dealers) and bulk sales (rental and government sales).

Suzuki has a long history. Michio Suzuki founded the company in a small Japanese coastal village in 1909 and it was initially involved in the manufacture of looms. The first project to build a small Suzuki car was in 1937, with the first motorcycle and first series car coming in 1952 and 1955 respectively.

Here are some fun facts about the company:

In 1958 the company trademark was chosen from more than 300 candidates. To date, it has remained largely the same. It was designed by Masamichi Tezeni, who went on to be involved in the formative design of the Shinkansen (Bullet train) 300 Series.

June 8, 1962, was a special day when rider Ernst Degner gave Suzuki its first victory at the Isle of Man TT race in the 50 cc class.

The following year, Suzuki won in two classes, the 50 cc and the 125 cc classes. In the 50 cc class, Mitsuo Ito became the first Japanese racer to win. 1964 brought another victory in the 50 cc class giving the company three consecutive wins.

In 1970 Suzuki’s first electric car operated through the venue of Expo ’70 held in Osaka, Japan. This electric car was based on the Carry Van (L40V) designed by Giorgetto Giugiaro and was used to patrol the facilities within the venue.

Suzuki introduced a hydrogen engine automobile as early as 1979.

In 1989, Suzuki began to achieve breakthroughs at the World Grand Prix (now called the Moto GP), the world’s top motorcycle race. Suzuki had not achieved victory since it rejoined the race in 1985 but, in 1993, Suzuki and Kevin Schwantz finally raised the victory trophy together.

In September 2014, President Toshihiro Suzuki announced Suzuki would return to the MotoGP in 2015 with the GSX-RR. Suzuki had suspended its participation in the MotoGP since 2012 for financial reasons. During the break, Suzuki continued to develop a new racing machine with competitive capabilities in order to return to the race. Suzuki also participated in 2016, won for the first time in nine years at the 12th British GP and finally, Suzuki’s moto GP championship won in 2020.

The Jimny was first launched in 1970 – with its recognisable square profile, has been on the road in some form since before South Africans could watch television. The first model, the LJ10, had many of the characteristics we love in the Jimny today: a rugged attitude, a can-do engine and a shape that stands out from the crowd. 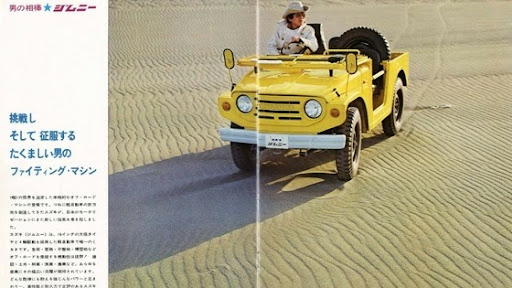 In 1988, the era of urban 4WDs began and the Vitara, featuring a stylish look with heavy-duty features, appeared. The chassisis based on a sturdy ladder-type frame and was covered by a stylish body. The Vitara has the functions of an authentic four-wheel-drive system, yet is fuel-efficient and performs well on urban roads and highways, and has become a car loved by people all over the world.

In 1991, a two-seater sports car called the Cappuccino made its debut. The engine was 660 cc, but the body was lightweight at 700 kg, and this combination created an outstanding driving performance that thrilled drivers. This sports car proved popular, even making an appearance in a Japanese hit Anime.

On June 3,  2012, Suzuki’s outboard motor was used for the Diamond Jubilee (60th Anniversary) of Queen Elizabeth II during the river pageant on the River Thames in London, England. The Sea Cadets, a non-profit organization that provides marine education to British girls and boys, participated in the pageant.

Suzuki Motor Corporation’s DF140BG and DF115BG outboard motors received the Top Products award from Boating Industry magazine, a marine business journal in the US in 2020.

The DF140BG and DF115BG outboards are the sixth Suzuki outboard motor to be selected for the award, which is the greatest number of times within any outboard manufacturer.

DF140BG and DF115BG are four-stroke outboards launched in October 2020, and were awarded for their fuel efficiency, quiet operation, and ease of maintenance.

In 2004, the first generation Swift made its debut as a global strategy model, with units of the same quality and performance being produced simultaneously in plants in Japan, Europe, India, and China. Later, second and third-generation models were announced, and by April 2016, the cumulative sales total worldwide reached 5-million. 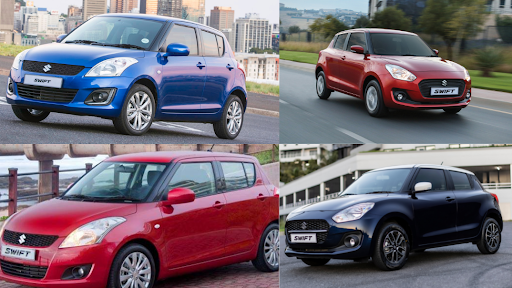 In July 2018, the fourth-generation Jimny made its debut and had evolved to have even more functionality and practicality in both its appearance and performance, while still fully embodying the spirit of its much-loved predecessors and its core concept of being the ‘one-and-only, small, lightweight 4WD vehicle’. It became the winner of the ‘World Urban Car’ category and the top three in the world status of the ‘World Car Design of the Year’ in the 2019 World Car Awards. 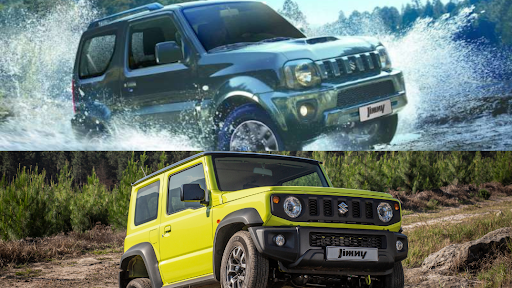 EWC is a motorcycle endurance race with production-based motorcycles that are modified into endurance racing specification. Suzuki entrusts the team operation to Yoshimura Japan and together they are competing with the supersport model GSX-R1000R.

Yoshimura Sert Motul finished the qualifying session in second, and started the race from the second position, pushing hard from the first lap. By the third hour of the race, the team became the race-leader, and held the lead until the end, making it a perfect race without any mistakes to finish with 855 laps, 8 laps ahead of the second place.

Suzuki’s first passenger car was manufactured in 1955 and was called the 360 cc Suzulight.

The Hayabusa is one of the world’s fastest two-wheelers and is known to achieve a maximum speed of 300 km/h.

The Peregrine falcon was known as the ‘Blackbird eater’ – no, seriously. When Suzuki launched its speed king GSX1300R in 1999 it was, among other things, specifically designed to wrest the title of world’s fastest production motorcycle from Honda’s reigning CBR1100XX Super Blackbird, it was also given the name ‘Hayabusa’, which is Japanese for ‘Peregrine Falcon’, a bird which has the fastest vertical dive of all. Fewer, however, are aware, as Suzuki was, that the peregrine falcon’s usual choice of prey is, actually, blackbirds, which naturally suited the Japanese firm’s intentions perfectly.

The word ‘Ignis’ is the Latin word for fire. 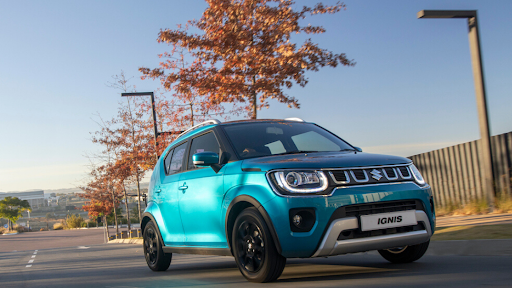 With close to 60-million global sales, that is more than enough Suzukis to stretch around the world more than 5 times.

If you parked the 7-million Swifts sold to date nose to tail with each one 3,8 metres in length, the combined total would stretch from South Africa to India and on to Japan…..and back.

Whichever way you look at it – on four wheels, on two wheels or on the water, the rich history Suzuki has built over the years shines through in the form of awards, championships and growing sales numbers.

Want to know how your dream wheels feel on the road? Book a test drive now.

Love our blog and want more? Subscribe and get our latest articles delivered to your inbox – hot off the presses!

This article was originally published by Suzukiauto.co.za. Read the original article here.
SaveSavedRemoved 0

How to Defrost a Windshield : Definitive and Comprehensive Guide

Official: Mercedes Vision EQXX with the 50% smaller volume battery but almost the same capacity like at EQS